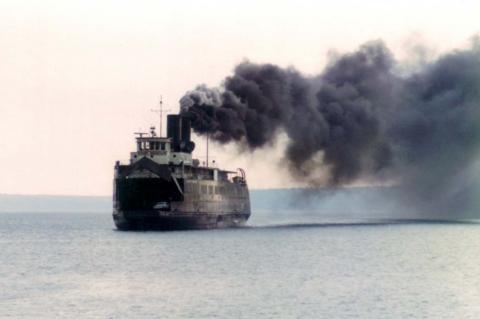 Emissions from fuel used for international aviation and maritime transport have been addressed under the United Nations Framework Convention on Climate Change (UNFCCC) process since the first meeting of the Conference of the Parties (COP). At its first meeting in 1995 (Berlin, Germany, March/April 1995), the COP requested the Subsidiary Body for Scientific and Technological Advice (SBSTA) and the Subsidiary Body for Implementation (SBI) to address the issue of allocation and control of emissions from international bunker fuels.

Emissions from fuel used for international aviation and maritime transport have been continuously addressed under the SBSTA (chronological development>>).

In addition the Kyoto Protocol addresses emissions from fuel used for international aviation and maritime transport in its Article 2, paragraph 2. Article 2.2 of the Kyoto Protocol states that the Parties included in Annex I shall pursue limitation or reduction of emissions of greenhouse gas emissions not controlled by the Montreal Protocol from aviation and marine bunker fuels, working through the International Civil Aviation Organization (ICAO) and the International Maritime Organization (IMO), respectively.

In accordance with the IPCC Guidelines for the preparation of greenhouse gas (GHG) inventories and the UNFCCC reporting guidelines on annual inventories, emissions from international aviation and maritime transport (also known as international bunker fuel emissions) should be calculated as part of the national GHG inventories of Parties, but should be excluded from national totals and reported separately. These emissions are not subject to the limitation and reduction commitments of Annex I Parties under the Convention and the Kyoto Protocol.

The low grade bunker fuel used by the worlds 90,000 cargo ships contains up to 2,000 times the amount of sulfur compared to diesel fuel used in automobiles. The recent boom in the global trade of manufactured goods has also resulted in a new breed of super sized container ship which consume fuel not by the gallons, but by tons per hour, and shipping now accounts for 90% of global trade by volume.

The title of world’s largest container ship is actually held by eight identical ships owned by Danish shipping line Maersk. All eight ships are 1300ft (397.7m) long and can carry 15,200 shipping containers around the globe at a steady 25.5 knots (47.2 km/h, 29.3 mph) . The only thing limiting the size of these ships is the Suezmax standard, which is the term used to define the the largest ships capable of transiting the Suez Canal fully loaded. These ships far surpass the Panamax standard (ships that can fit through the Panama Canal), which is limited to ships capable of carrying 5,000 shipping containers.

Not only are shipbuilders resetting the world record for size on a regular basis but so are the diesel engines that propel them. One of the eight longest container ships in the world, the 1,300 ft Emma Maersk also has the world's largest reciprocating engine. At five storeys tall and weighing 2300 tonnes, this 14 cylinder turbocharged two-stroke monster puts out 84.4 MW (114,800 hp) - up to 90MW when the motor's waste heat recovery system is taken into account. These mammoth engines consume approx 16 tons of fuel per hour or 380 tons per day while at sea.

In international waters ship emissions remains one of the least regulated parts of our global transportation system. The fuel used in ships is waste oil, basically what is left over after the crude oil refining process. It is the same as asphalt and is so thick that when cold it can be walked upon . It's the cheapest and most polluting fuel available and the world's 90,000 ships chew through an astonishing 7.29 million barrels of it each day, or more than 84% of all exported oil production from Saudi Arabia, the worlds largest oil exporter.

Shipping is by far the biggest transport polluter in the world. There are 760 million cars in the world today emitting approx 78,599 tons of Sulphur Oxides (SOx) annually. The world's 90,000 vessels burn approx 370 million tons of fuel per year emitting 20 million tons of Sulphur Oxides. That equates to 260 times more Sulphur Oxides being emitted by ships than the worlds entire car fleet. One large ship alone can generate approx 5,200 tonnes of sulphur oxide pollution in a year, meaning that 15 of the largest ships now emit as much SOx as the worlds 760 million cars.

The UN's International Maritime Organisation (IMO) released a report in 2007 saying a 10% reduction in fuel burning was possible on existing ships and 30-40% possible for new ships but the technology is largely unused, as the regulations are largely voluntary.

As ships get bigger, the pollution is getting worse. The most staggering statistic of all is that just 16 of the world’s largest ships can produce as much lung-clogging sulphur pollution as all the world’s cars. Because of their colossal engines, each as heavy as a small ship, these super-vessels use as much fuel as small power stations. But, unlike power stations or cars, they can burn the cheapest, filthiest, high-sulphur fuel: the thick residues left behind in refineries after the lighter liquids have been taken. The stuff nobody on land is allowed to use.

Smoke and sulphur are not the only threats from ships’ funnels. Every year they are also belching out almost one billion tons of carbon dioxide. Ships are as big a contributor to global warming as aircraft – but have had much less attention from environmentalists.

Ships taking on fuel oil for use on board must obtain a bunker delivery note, which states the sulphur content of the fuel oil supplied. Samples may be taken for verification. Ships must be issued with an International Air Pollution Prevention (IAPP) Certificate by their Flag State. This certificate includes a section stating that the ship uses fuel oil with a sulphur content that does not exceed the applicable limit value as documented by bunker delivery notes or uses an approved equivalent arrangement. Port and coastal States can use port State control to verify that the ship is compliant. They could also use surveillance, for example air surveillance to assess smoke plumes, and other techniques to identify potential violations.

IMO has been working to reduce harmful impacts of shipping on the environment since the 1960s. Annex VI to the International Convention for the Prevention of Pollution from Ships (MARPOL Convention) was adopted in 1997, to address air pollution from shipping. The regulations for the Prevention of Air Pollution from Ships (Annex VI) seek to control airborne emissions from ships (SOx, NOx, ODS, VOC shipboard incineration) and their contribution to local and global air pollution, human health issues and environmental problems. The regulations to reduce sulphur oxide emissions introduced a global limit for sulphur content of ships’ fuel oil, with tighter restrictions in designated emission control areas.

Confidential data from maritime industry insiders based on engine size and the quality of fuel typically used by ships and cars shows that just 15 of the world's biggest ships may now emit as much pollution as all the world's 760m cars. Low-grade ship bunker fuel (or fuel oil) has up to 2,000 times the sulphur content of diesel fuel used in US and European automobiles.

The setting up of a low emission shipping zone follows US academic research which showed that pollution from the world's 90,000 cargo ships leads to 60,000 deaths a year and costs up to $330bn per year in health costs from lung and heart diseases. The US Environmental Protection Agency estimates the buffer zone, which could be in place by next year, will save more than 8,000 lives a year with new air quality standards cutting sulphur in fuel by 98%, particulate matter by 85% and nitrogen oxide emissions by 80%.

The international compensation regime established by the Civil Liability and Fund Conventions applies to spills of cargo or bunkers from tankers, but not to bunker spills from other classes of ship. Oil pollution from ships has not been caused solely by oil tankers. Though oil cargoes can be spilt only by tankers, spills of bunker fuel are significant for a number of reasons.

Oil tankers account for  only a limited part of the world’s merchant fleet.  Ships in other classes are far larger in number, and cases of bunker oil pollution, or a threat of it, have likewise been more numerous.

Bunker fuel oil is relatively heavy and persistent.  A limited quantity of heavy fuel oil can be as damaging, and as expensive to clean up, as large spills of oil cargoes of lighter grades.  This is particularly the case in cold and remote environments, as was shown by the grounding of the bulk carrier Selandang Ayu in the Aleutian Islands, Alaska, in 2004.

The quantities of bunker fuel carried on large modern cruise ships, container ships and other dry cargo vessels are comparable to the cargo carrying capacity of many coastal tankers.  The 200 tons of fuel oil spilt by the container ship Cosco Busan in San Francisco Harbour in 2007 led to one of the most expensive clean-up operations of modern times.

The scope for bunker pollution to cause significant damage led the IMO to adopt in 2001 the International Convention of Civil Liability for Bunker Oil Pollution Damage.  This came into force in 2008.

The Bunkers Convention has a number of features in common with CLC 92, including the framework of the shipowner’s liability and a similar regime of compulsory insurance and certification.  However there are some important differences:  unlike CLC 92 the Bunkers Convention is not supplemented by a second-tier fund financed by oil receivers; it contains no channelling provisions to exclude or restrict liability of parties other than the shipowner; and it has and no integral system of limitation of liability. 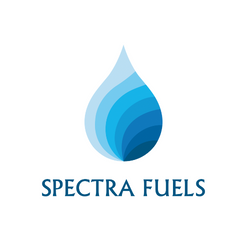 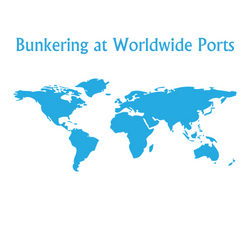 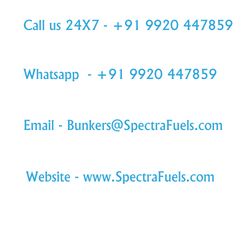